Sorry, you need to enable JavaScript to visit this website.

Multireference Methods are Realistic and Useful Tools for Modeling Catalysis 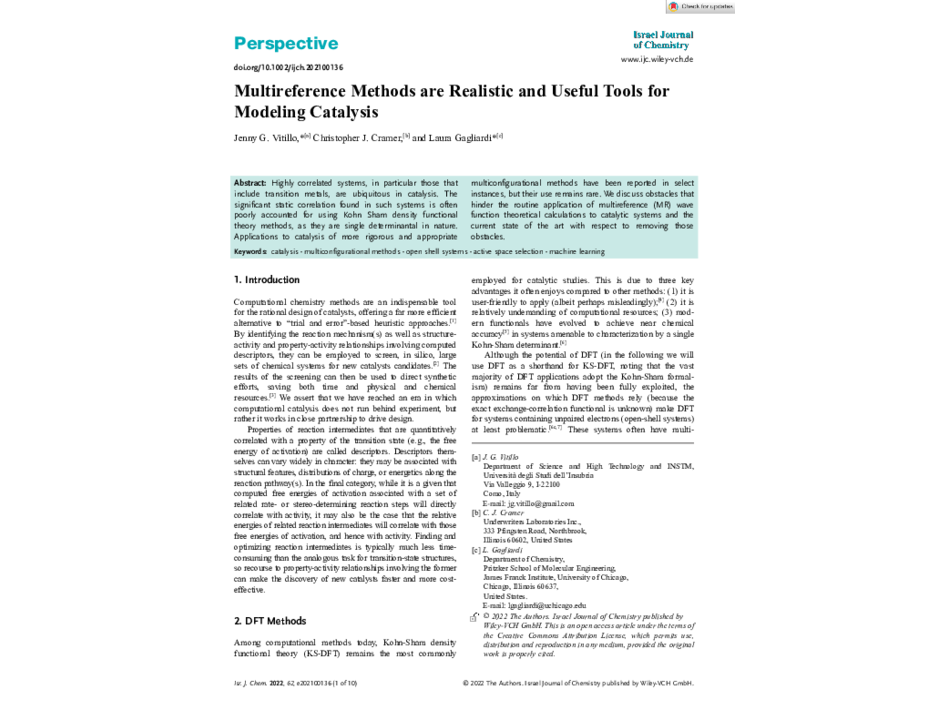 Highly correlated systems, in particular those that include transition metals, are ubiquitous in catalysis. The significant static correlation found in such systems is often poorly accounted for using Kohn Sham density functional theory methods, as they are single determinantal in nature. Applications to catalysis of more rigorous and appropriate multiconfigurational methods have been reported in select instances, but their use remains rare. In this paper from the Israel Journal of Chemistry, Underwriters Laboratories Senior Vice President and Chief Research Officer Christopher J. Cramer, along with Jenny G. Vitillo and Laura Gagliardi, discuss obstacles that hinder the routine application of multireference (MR) wave function theoretical calculations to catalytic systems and the current state of the art with respect to removing those obstacles.
Download Resource